In this lesson, we will discuss one of the important monetary instruments of the Reserve Bank of India. You will be able to learn the following terms by the end of this lesson.

“The Bank Rate is the rate of interest at which commercial banks and other financial institutions borrow money for long term period from the central bank of the country (Reserve Bank of India) without repurchase agreement of securities or without keeping government securities as collateral.”
In other words, if the commercial banks or other financial institutions require to arrange funds for more than 90 days, they’ll have to approach to the Reserve Bank of India, the central bank of India, for getting the loan approved.
Thus the rate of interest at which the RBI lends the funds to the commercial banks or other financial institutions is called as the Bank Rate. However, there is not any repurchase agreement of the government securities or collateralised securities between RBI and banks.

How Bank Rates are used by RBI? 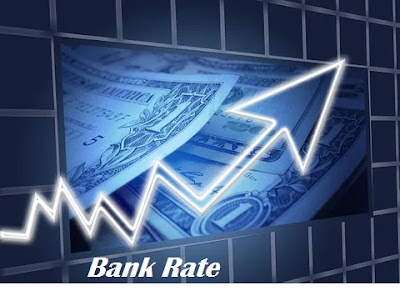 Used as a Penal Rate:

The bank rate majorly uses as a penal rate by the RBI. This means it is a reference rate to impose a penalty on the commercial banks or other financial institutions in case of any default of the monetary policy of the central bank of a country.
Example: If the commercial banks fail to maintain the SLR (Statutory Liquidity Ratio) or CRR (Cash Reserve Ratio), the rate of penalty are:

Discounting of Bill of Exchange and Commercial Papers:

Although the Bank rate and Repo rate are the instruments of RBI to control the supply of money and inflation rate, yet there are some differences between both which are:

Hope you have understood the meaning and definition of bank rate. In a nutshell, a bank rate is implemented to the banks or financial institution for the long-term advances. Also, the bank rate is utilised by the commercial banks as a penal rate and for the purpose of re-discount the bills of exchange and commercial papers.

What is the Statutory Liquidity Ratio (SLR)?