What is Promissory Note? 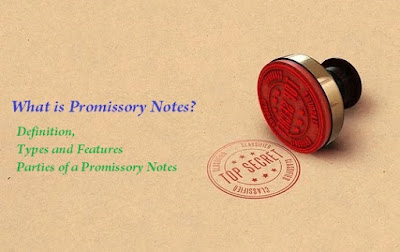 “A Promissory Note is a legal, written financial documents (undertaking)/ financial instrument established between two parties issued/ drawn by one party which is consists of an unconditional, unsecured and a clear promise to pay specific amount to creditor or any third party endorsed by the creditor on a predetermined date or on demanded date.”
A Promissory Note is issued/ drawn/ written and duly signed by the debtor who may be an individual, however, the sign of creditor is not mandatory.
It contains significant information such as the name of drawee/ payee, the amount payable, date of payment, denominated currency etc. It can also be further customised as per mutual participation of both debtor and creditor.

The promissory notes can be classified on the basis of certain terms and conditions.

When the date of maturity of a promissory note is after a certain period of time in future, it would be known as Usance Promissory Note whereas if the maturity date is on-demand it is called as On-demand Promissory Note.

If the loan or credit is for short term period mostly there is no interest on the other hand if the credits/loans are issued for the long term period, interest can be applied on the sum of money. Thus such promissory notes will be known as interest-free or interest-bearing respectively.

Parties in a Promissory Note:

There are mainly three parties involved in a Promissory note which are described below.

An issuer or drawer is a person or company who writes the promissory note. Borrowers or buyers generally write/ issue the Promissory notes in the denomination of the creditor’s country.

A drawee is a person or company in which favour a promissory note is issued, though it could be the lender or seller of goods or services.

A payee is an individual who actually receives a specified sum of amount on the due date.

Let me explain it from an example.
Suppose Mr A purchases some goods worth $ 10,000 form Mr B. In this case, the Promissory Note will be initiated by Mr A, being a debtor.
Hence, Mr A issues a promissory note of $ 10,000 in the favour of Mr B on 60 days (for example) later after issuing the promissory note.
Thus in the above circumstances, Mr A will be an issuer/ drawer and Mr B will be a drawee.

What is Bill of Exchange?
What is Letter of Credit?
What is Factoring?