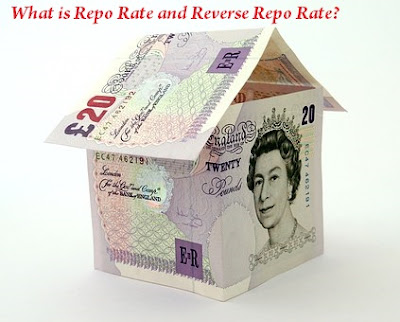 What is Repo Rate?

In other words, commercial banks have to sell its government securities (central bank approved securities) to the central bank with a promise to repurchase those securities later to get credit. Therefore, it (Repo Rate) is also known as a sale purchase agreement rate.

Short term loans refer to the period of either one day (overnight) or seven days (called as term loans).


What is Reverse Repo Rate?

Impact of Repo Rate and Reverse Repo Rate on Inflation:

The central bank increases the money supply in the market to improve growth rate. Therefore, to increase the money supply the central banks reduce the repo rate and reserve repo rate.
Suppose if the repo rate and reserve repo rate is reduced, the commercial banks also reduce their interest rates and hence the different loans will become cheaper.
Thus people have more money for their expenses and hence the demand for goods and services raise. This results, a significant increase in prices and therefore there would be an increased growth rate.
Related Article:
Top 10 Functions of Reserve Bank of India (RBI)
5 Major Functions of Commercial Banks
Cooperative Banking of India