Difference between Bill of Exchange and Promissory Note: 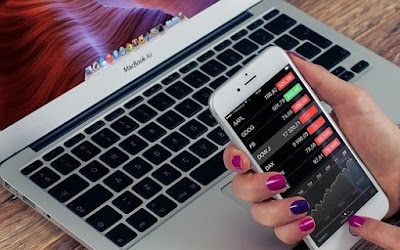 Although both Bill of exchange and Promissory Note are the negotiable instruments which facilitate the exporter and importer (buyer/ supplier) during a business deal yet there are few key differences which you need to clarify.
The major hurdle is the trustworthiness of either party while entering any contract of international or domestic trade (purchase or sales of goods and services). There must be an assurance to meet the contractual or financial obligations of a buyer or supplier within a stipulated period of time. In this circumstance, these financial instruments play a vital role between creditor and debtor.
First of all, let me explain a brief definition of Bill of Exchange as well as Promissory Note to better understand the key differences between both.

A Bill of Exchange is a written financial document that contains an unconditional order of payment of a specified amount of funds within a stipulated period of time to the creditor or bearer of the document. It is issued by the creditor/ supplier in the favour of debtor/ buyer.
For more details follow:  What is Bill of Exchange? Types | Features | Parties

A Promissory Note is a written financial undertaking promising (unconditional) to pay a specific sum of money on or before a certain period of time to the creditor/ seller or any third party endorsed by the creditor. It is issued by the debtor in favour of the creditor.
For more details follow: What are Promissory Notes? Types | Features | Parties


Now let us know the key differences between bill of exchange and promissory notes. We will compare the differences below on the basis of various aspects.

7 Key differences between bill of exchange and promissory notes:

A bill of exchange possesses an order/ demand to the specified amount, on the other hand, promissory notes possess a promise to pay the amount.

The bill of exchange is drawn/issued by the creditor/ supplier whereas promissory notes are issued by the debtor/ buyer.

4) Can a duplicate copy be issued?

The other copies of the bill of exchange can be issued whereas the duplicate copy of promissory notes can neither be issued nor it is valid.

Though both are typically used during cross border transactions and domestic trading of any goods or services, promissory notes are also been used in borrowing or lending between two parties as it is written undertaking on the behalf of debtor itself, promising to pay the said amount on a stipulated date.

6) How many parties are involved?

7) What happens if dishonoured?

Thus we can conclude that both are negotiable instruments under India’s Negotiable Instruments Act 1881. The promissory notes are frequently used during loans, advances and business transactions to reduce the risk of default and bill of exchange typically used during local and cross-border transactions such as sale or purchase of goods or services.
Related Article:

What is Letter of Credit (LC)?

What is Bill Discounting?

What is a Bank Guarantee?

Hey I am Raj Verdhan, An Entrepreneur, Founder and CEO at ThesisBusiness.com

Scroll back to top