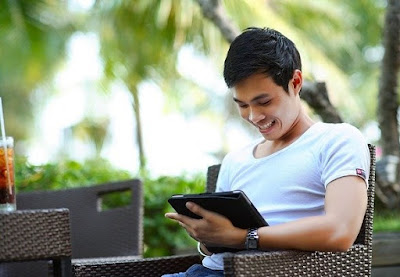 The working capital is one of the most significant requirements to operate small or medium business enterprises smoothly. However, it is difficult to arrange or maintain in nowadays’ scenario as the trading of goods or services in domestic as well as international market are done mostly on a credit basis. The intention of the buyer is always to extend the credit period while the seller’s intention is not to provide long credit.
Thus maintaining a cash inflow for a company/ supplier or exporter is the biggest challenge. Therefore, Bill Discounting facilitates business organisations in maintaining and retaining healthy cash inflow to avoid a cash crunch.
So, let us understand the concept of Bill Discounting/ Invoice Discounting.
Table of Content:

“The Bill Discounting/ Invoice Discounting refers to the process through which the seller/ exporter arrange funds from financial institutions such as bank, NBFCs, finance companies etc against the bill of exchange or invoice raised to the buyer/ importer.”
In other words, Bill Discounting is the process of trading/ selling the bill of exchange/ invoice to the financial intermediary to avail funds prior to its maturity date against a fees/ interest paid to the finance company. In simple words, we can say the bill discounting is a source of working capital financing for micro, small and medium type enterprises.
The supplier or exporter has to approach the banks or other institutions (providing such facilities) to discount the bill/ invoice and bank rectify the credentials of Bill of exchange and disburse the amount after deducting the interest/ fees charged.
The interest or fee charged to avail the funds depends upon the previous payment history, creditworthiness of the buyer, risk involved and how long the maturity date is etc factors.

Let us understand the concept from an example.
Suppose a Mr A wants to buy some computer equipment worth $10,000 from a company XYZ but he does not have immediate funds and hence Mr A wants to purchase the goods on credit of 6 months.
The company has to sell the product but the major issue is the credit period is too long. Here bill discounting plays a vital role and company supply the goods and raised the invoice of $10,000 to Mr A.
The company approaches its bank to discount the bill/ invoice and bank check the Mr A credential. The bank deducts its charges say $200 and pay the rest $9800 to the company XYZ. Further on the maturity date of bill of exchange (after 6 months) the bank will receive the full payment ($10,000) from Mr A.
Thus in the whole process, Mr A (buyer) purchased the goods on credit (6 months), company XYZ (seller) sold the goods, earned profit and also received the payment without waiting for 6 months, the bank (intermediary) also earned a profit of $200.
Conclusion:
Hope you would have understood the concept of Bill Discounting. Thus it facilitates both buyer and seller to meet their objectives.
Related Terms:
What are Promissory Notes?
What is Factoring?
What is Letter of Credit?
20.59368478.96288

Hey I am Raj Verdhan, An Entrepreneur, Founder and CEO at ThesisBusiness.com

Scroll back to top