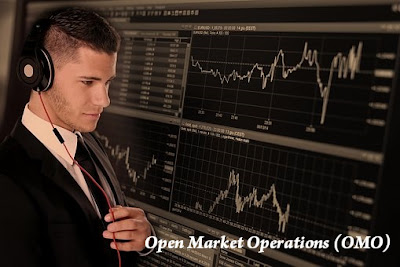 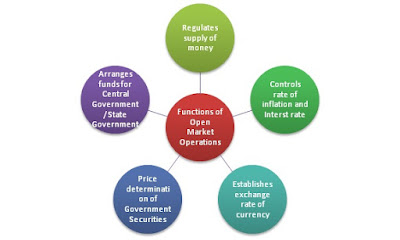 How the OMO establishes Monetary Target and flow of liquidity?

The Open Market Operations (OMO) establishes the relation between the central bank’s funds and interset rate (short term advances) just like the basic supply and demand theory of Economics.
In other words, if the demands of any goods or services increases, the price of those products will also increase. A similar pattern is followed in case of interest rates and the central bank’s funds.
Thus we can derive a formula, suppose the central bank wishes to enhance the supply of money in the economy, hence it has to purchase the Government Securities from the commercial banks or primary dealers, therefore, Loro account of central banks will be debited which leads to fewer demands of central bank’s money. Thus from the above conclusion, the interest rate will decline simultaneously which leads to a rise in inflation rate as well.
Conversely, if the central bank wishes to decrease the flow of funds in the market, it has to sell government securities to the commercial banks or other financial institutions. In this case, Loro account will be credited and hence interest rate will also rise. Thus the rate of inflation will also decline because of absorption of excess liquidity from the market.
In fact, the whole process works because the central bank has the capacity to inject and suck out the money in the system however other organisation might also influence the open market for a period of time. Though the central bank has more capacity to inject an infinite supply of funds to overcome the influence of other organisations.
Related Terms:

What is Marginal Standing Facility?

What is the Market Stabilisation Scheme?

What is Repo Rate?